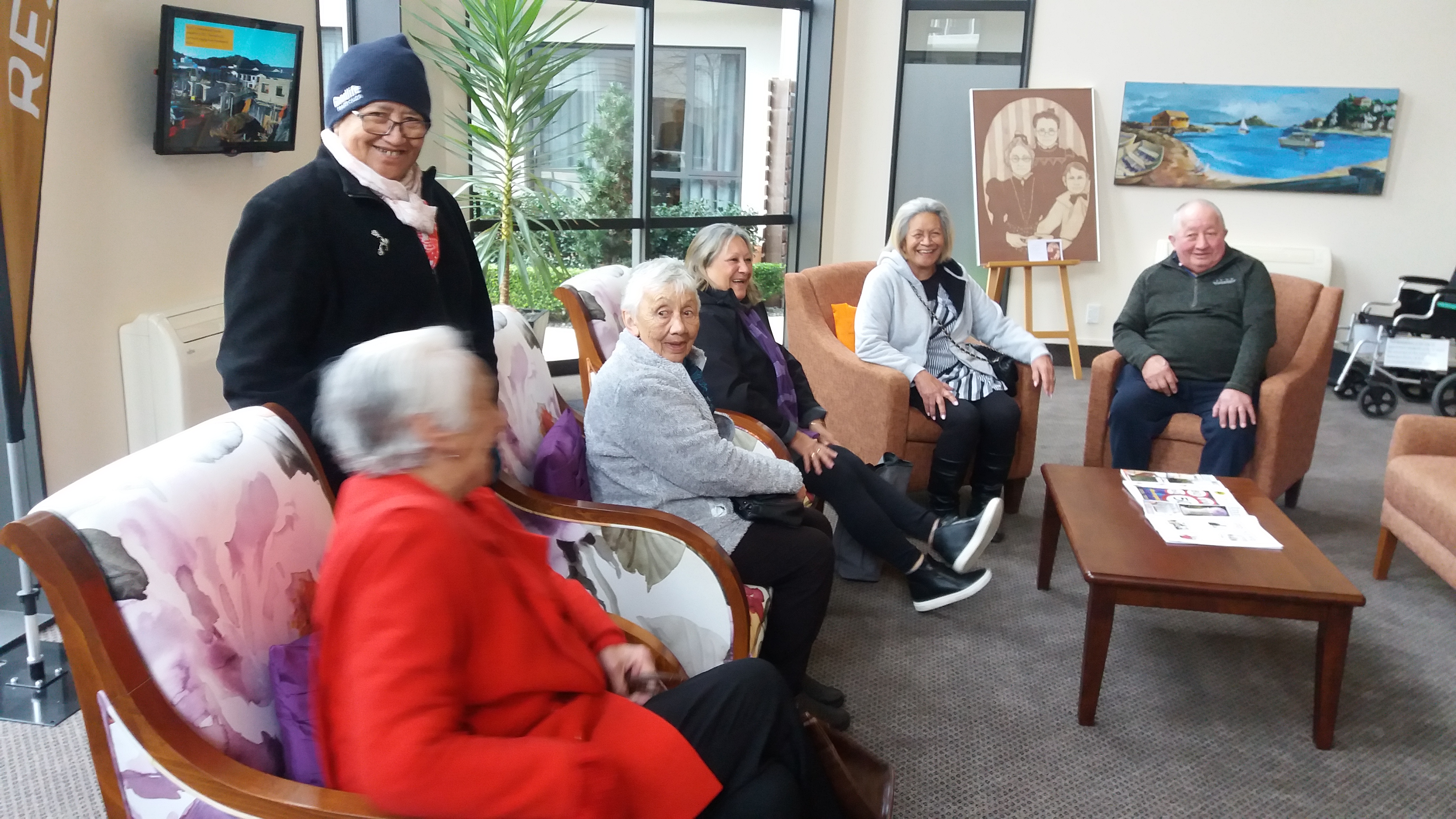 On Thursday 15 August 2019 a contingent of our regular kaumatua group, Te Roopu Kaumatua Hikoikoi, travelled into Wellington City to attend the opening of the newest block at the Village at the Park.  Arriving a little bit late due to traffic on the Petone Esplanade, they weren’t the only ones to be delayed that day as the train services also had a power cut.  But we finally made it to the Village at the Park – it was a bit chilly but we handled it!

After a karanga, and then a few words from Peter Jackson, Mark Te One (with the help of Neavin Broughton) unveiled the commemorative plaque. The block was named The Northern Bank Apartments and the name connects the apartments to its previous life as Athletic Park.  The buildings are positioned on what once was the Northern Stand.

After the opening we were invited to have morning tea with staff and Directors of the Village which was really lovely. Anaru Smiler, our Chairman, alongside Trustees from both Trusts, Jeanie Hughes, Ann Reweti, Liz Mellish, Richard Te One, as well as Euan Playle were all in attendance and it was a great opportunity to catch up with them as well.

Kaumatua thoroughly enjoyed their morning in town and being present at the opening and we all arrived back at Hikoikoi around lunch time.